There are those actors who bring humour in a story in such a way that we end up forgetting that they’re just acting. Sana Mchunu is one of the lovely and funny actors/ actresses in Mzansi who keep observers fused on their defenses due to their amazing amusement bents.

Sana Mchunu is a South African actress best known for her character’Zodwa’she plays on the Mzansi Magic’s telenovela; Gomora. Zodwa is strict, dumb and funny at the same time, she does not take gibberish, and that is the thing observers love about her. Before she joined Gomora, she used to act on the Mzansi Magic’s Lokshin Bioskops. Sana also acted as a part time actress on the 1Magic’s telenovela; The River, SABC 2’s soapie; Muvhango and Etv’s Rhythm megacity. 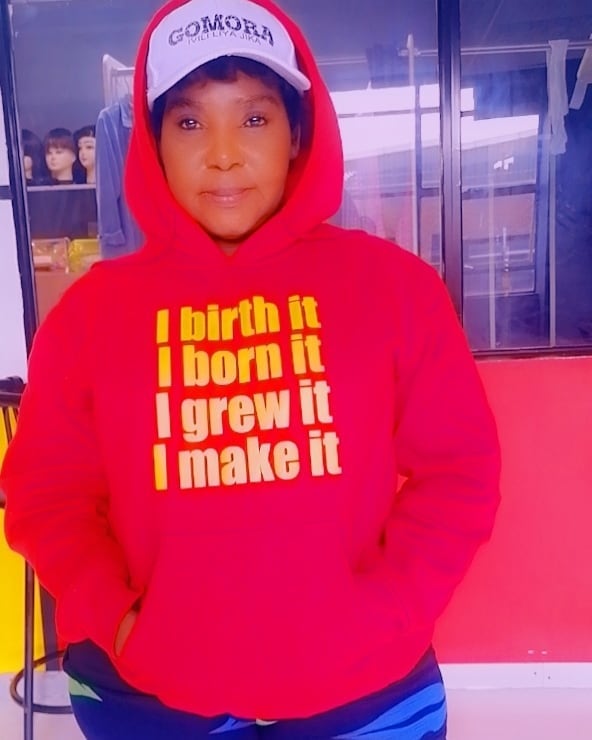 The 49 time-old Mofolo North, Soweto born star lately participated some filmland of herself on Instagram where by she’s wearing a white cap writen in blackGOMORA and a red hoodie/ jersey/ sweater published in unheroic words reads’I bear it I born it I grew it I make it’. Also at the reverse it’s written’You take it’. These are the words she said to Gladys; played by Thembi Seete in season one after she took her son; Teddy without her blessing.
Everyone was left laughing after seeing the jersey/ hoodie. The commentary were like”How can I get one Mzozozo? I like it”,”I want that sweater please sis Zodwa”. 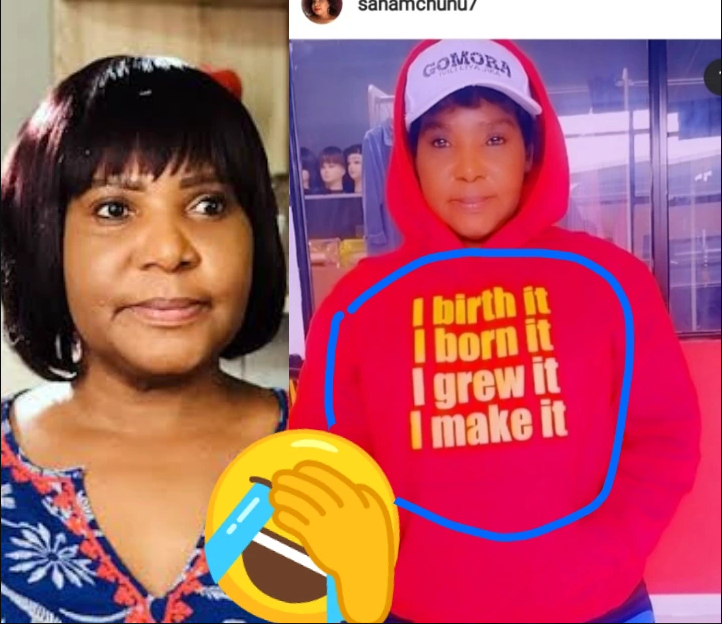 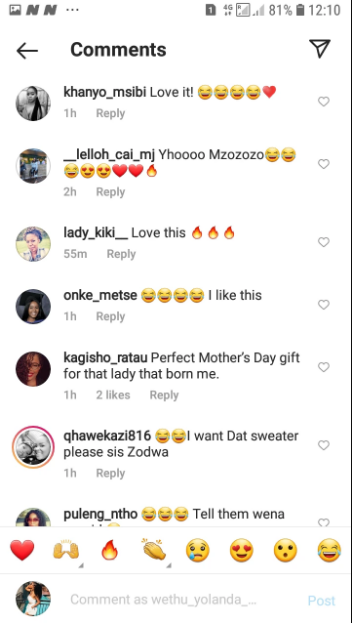 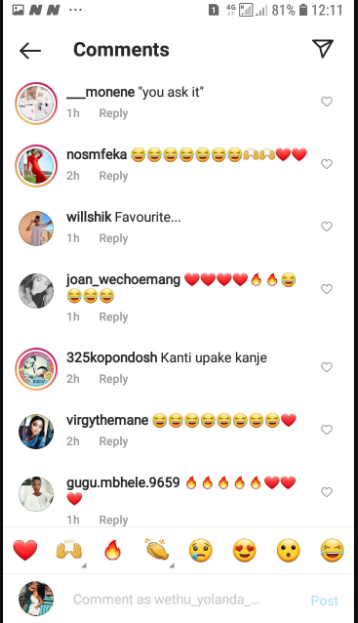